My son's mural was the starting point of my Mural Business ... www.acoloraffair.com

by Michelle Black with A Color Affair
(Loganville (Atlanta), Georgia)

This is my son's mural and the beginning point of my mural business. Check me out at www.acoloraffair.com

The week of my honeymoon (July of 2008), my husband and I spent most of our time working around the house (and yes, he owes me a honeymoon). We painted the kids' bedrooms and decorated all that we could. This includes my ten year old son's room. He wanted a soccer ball on his wall with his name on it and begged me to paint it for him.

So I sat down at my table and drew and drew until I got that soccer ball down right. Then I went up and painted my son's mural; after many experiments and errors later, he had a
custom mural. I had so much fun painting that soccer mural and decorating his room that I thought I could do this for a living! And that's how the mural business took off. I took
pictures of the mural and placed an advertisement on www.craigslist.com. I said “Custom Murals for Sale” and “Let’s talk about what you would like to see in that special space” … and people started emailing me!

And now you know the history … stayed tuned for the present … so I can have a future!

I started with that sports mural for my son and now, 13 months later, I have painted over 74 murals and I have met some really great people in the process.

How to Paint a Mural

Upload photos of your murals or check out the submissions from other visitors to our site in the Show & Tell section of this website. 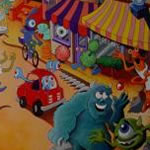 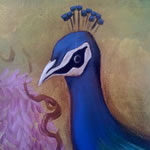 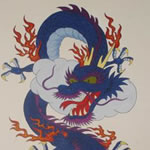 The pictures above are just a small sample of the inspiration that awaits in our visitor submission gallery!